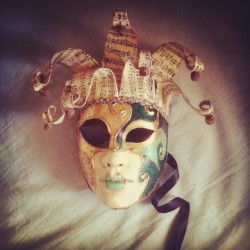 Yay! Bliss is here! Well, it is if you've pre-ordered through Riptide. Otherwise it'll be here on the 18th! 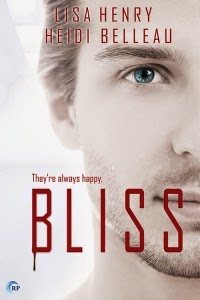 They're always happy.
Rory James has worked hard all his life to become a citizen of the idyllic city-state of Beulah. Like every other kid born in the neighboring country of Tophet, he’s heard the stories: No crime or pollution. A house and food for everyone. It’s perfect, and Rory is finally getting a piece of it.
So is Tate Patterson. He’s from Tophet, too, but he’s not a legal immigrant; he snuck in as a thief. A city without crime seems like an easy score, until he crashes into Rory during a getaway and is arrested for assaulting a citizen. Instead of jail, Tate is enrolled in Beulah’s Rehabilitation through Restitution program. By living with and serving his victim for seven years, Tate will learn the human face of his crimes.
If it seems too good to be true, that’s because it is. Tate is fitted with a behavior-modifying chip that leaves him unable to disobey orders—any orders, no matter how dehumanizing. Worse, the chip prevents him from telling Rory, the one man in all of Beulah who might care about him, the truth: in a country without prisons, Tate is locked inside his own mind.
***

If you want to read the first few chapters of Bliss for free, go and check it out at Riptide!


And don't forget you can join the blog tour and win an awesome prize! Heidi and I will be touring here: